THE NAKED CLOWN IN BUDAPEST
Posted by Eszter Hermann · Nov 15, 2014

All of us have an image of clowns in our minds; some think that they’re funny, stumbling figures, some say they’re grotesque, others might even be frightened by them. On 17 November, Recirquel Company, a team of young circus performers makes an attempt to reveal what’s behind the smiling, painted mask.

The history of Hungarian classical circus dates back to the beginning of the 19th century. One of the oldest circus schools in Europe was founded in Budapest in 1950. Recirquel is a Hungarian company established by director and coreographer Bence Vági in the capital about 2 years ago. He invited 11 young artists, acrobats to participate in a new production and this premiere was an overnight success.

The Naked Clown is the company’s second production, it was premierred in spring this year and is currently playing at the Palace of Arts. The artists reveal a clown’s true face; the disguise is removed both literally and figuratively. The scenes centre around one question: how many layers and masks need to be removed before one's sheer nature is revealed? The audience participates in an inner journey, where layers hiding reality disappear. The spectacular, large-scale production is accompanied and expanded by live music and dancers. 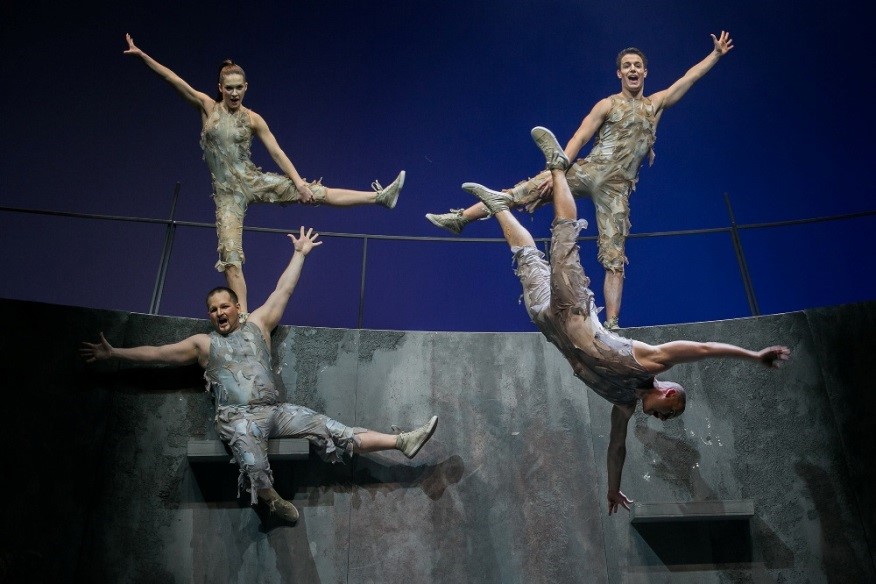 After several months of preparation, the acrobats of Recirquel are ready to amaze fans with breathtaking new tricks that have never been witnessed in Hungary before.