Hidden ‘treasure’ inside of the Keleti Railway Station
Posted by Mia Balogh · May 20, 2016

If you thought that arriving to Keleti Railway Station in Budapest can’t have moments full of art and beauty for you, well, you were wrong. Let us show you why!

Keleti Railway Station is the main national and international railway terminal in Budapest: a lot of trains arrive here from Hungary and from abroad, as well. So this station is quite busy, as the travellers who arrive here - they usually can’t wait to leave the building and arrive to their hotels or other destinations.

But the building, designed in eclectic style by Gyula Rochlitz and János Feketeházy, and built between 1881 and 1884 as one of the most modern railway stations in Europe, has some nice and interesting surprises for us, making the time of travelling worth some prolongation. 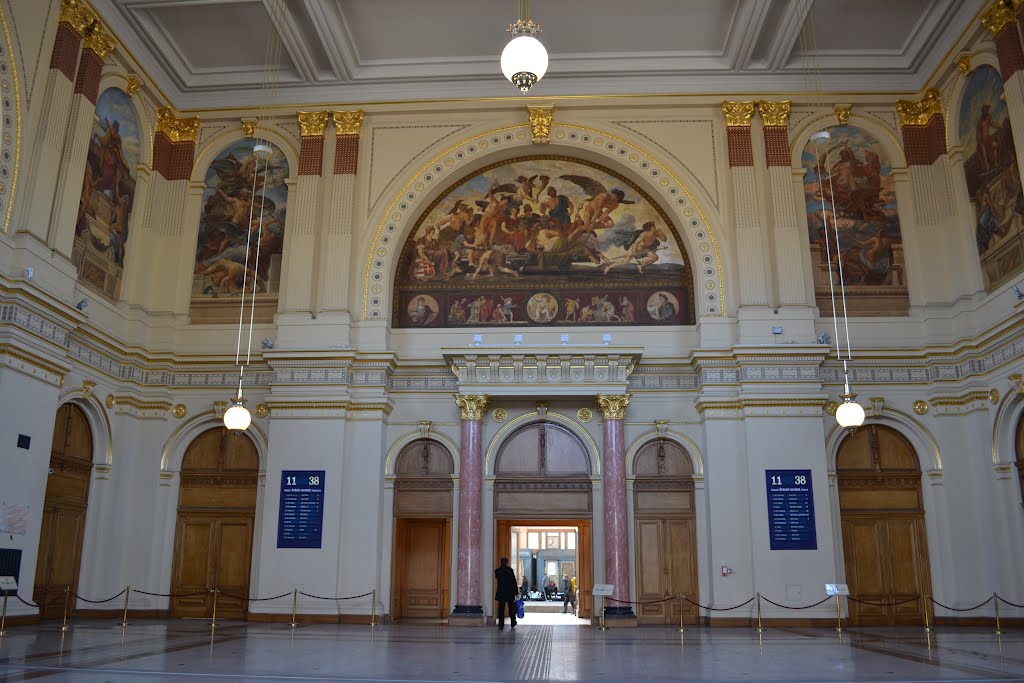 For example, the main façade is adorned with two statues depicting James Watt and George Stephenson, and inside the station, there is a fascinating ‘departure lounge’ called Lotz Hall with frescos by Karoly Lotz and Mór Than. One of the frescos, The Allegory of the Railways was created by Mór Than, the other eight masterpieces were painted by Karoly Lotz, the artist whose name was given to this beautifully ornated hall. 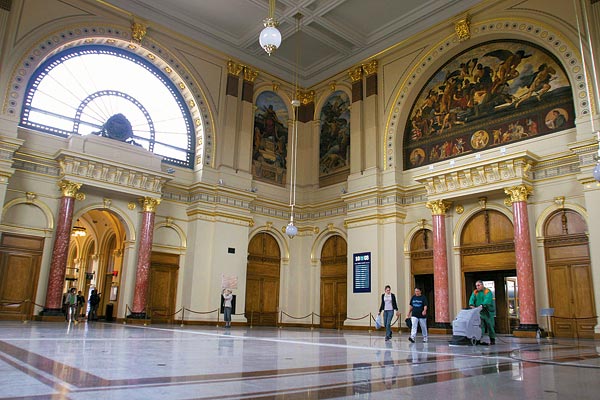 It was totally renovated in 2008, and it was opened for the public in the year of the renovation.

Keleti Railway Station has numerous secrets and mysterious stories in store. A few people still remember that in 1940, a train rolled out to Baross Square (the square where this railway terminal is situated) because of a brake failure, or that the four statues below the station’s clock are few-year-old copies, since the original ones disappeared in 1935, without a trace.