Organized for the 23rd time, now with a new image, Hungary’s most significant festival of the contemporary arts is to offer a huge number of must-see events between 3-19 October.

The programme of CAFe (Contemporary Arts Festival) includes events at a variety of venues in the city. Thanks to the effort of Budapest’s cultural institutions, the programme of the seventeen-day festival will be richer than ever, with almost 250 events at 47 venues. There will be both Hungarian and world premieres and, in addition to 7 productions presented in Hungary for the first time, there will be 84 free events across the city. 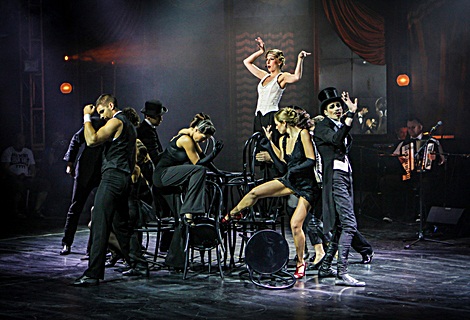 The featured Hungarian and international stars include Laurie Anderson, Gilbert Varga, Félix Lajkó and the Balanescu Quartet, Amadinda and JU Percussion, the Ránki family, or the Recirquel Contemporary Circus Company, just to mention a few. Furthermore, CAFe will offer such special performances as Robert Wilson’s play, 1914; a joint production of Andrei Petrov and Dóra Barta; Lady Sarashina by Péter Eötvös; the world premiere of Gergely Dubóczky’s Elements; László Fassang’s Unfinished Piece for the Player Organ and a concert dedicated to the works of the legendary Group 180.

The events will take place at the most various venues: in addition to concert halls and theatres, A38 ship, the Budapest Jazz Club, Trafó, the CAFe Tent, the ruin pubs of Budapest, the recently renovated Bálna and the Castle Garden Bazaar, the art galleries and the streets of the capital will all host events. The organizers’ long-term goal is to make Budapest a first-choice tourist destination, for both Hungarians and foreigners.