Jonny Greenwood is not only famous for being the guitarist, keyboardist and songwriter of Radiohead. The musician who is playing a further half dozen instruments has serious reputation as film composer and for his symphony orchestra pieces as well. And in October he debuts in Budapest with the soloists of the London Contemporary Orchestra.

Jonny Greenwood collects international recognitions for 20 years and now he finally visits to Hungary. He arrives with his classical music project within the framework of CAFe Festival in autumn. Because Jonny Greenwood, who is best known as lead guitarist and keyboardist of the rock band Radiohead is also a multi-instrumentalist who plays viola, harmonica, glockenspiel, ondes Martenot, banjo and drums, and works with computer-generated sounds and sampling. And he is also a computer programmer and writes music software used by Radiohead. Such a talented man!

And he doesn’t only exploit this musical talent in Radiohead, although most of us know him from this band. He’s working solo since 2003, and since 2004 he also contributes in orchestral pieces. That same year he was appointed composer-in-residence to the BBC Concert Orchestra, for whom he wrote "Popcorn Superhet Receiver", which won the Radio 3 Listeners' Award at the 2006 BBC British Composer Awards. In 2012, Greenwood collaborated with Krzysztof Penderecki: they released an album together on the Nonesuch label. It also includes Greenwood's "Popcorn Superhet Receiver" and a new string orchestra work, "48 Responses to Polymorphia" (a homage to Penderecki's "Polymorphia" of 1961).

In an interview, Greenwood revealed how much the orchestral music is close to him:

"With Radiohead, it's about arranging and recording songs as well as we can, and every time you hear them back it's gonna be the same, and it's the best you can get it. With orchestral music it's different. You can't pin it down; it's too strange to pin down. You can't commit it to coming out of two speakers and that's all it is. It's a bigger, stranger thing than that." 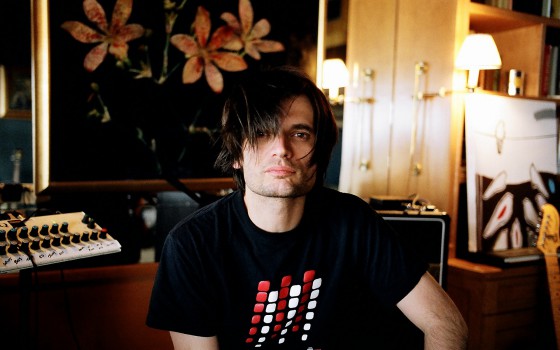 CAFe Budapest Contemporary Art Festival, the context of which Jonny Greenwood will visit Budapest is one of the largest multi-arts program series. The festival will be held between 2 and 18 October 2015, and salutes mainly before the Béla Bartók oeuvre. For example, we can hear Bartók's compositions in the joint production of the Hungarian National Dance Ensemble and the Dohnányi Orchestra. Another highlighted composer of the festival (of course, besides Jonny Greenwood) is the 80 years old Estonian compositor, Arvo Pärt.