Jewish Cultural Festival awaits visitors with nearly thirty programs in the center of Budapest this year. We can learn everything about Jewish traditions, celebrations, Jewish culture and art.

Jewish Cultural Festival's name can be familiar to those interested in subcultures and this is no accident: the multi-arts festival is the spiritual heir of the Jewish Summer Festival program series. While the event was held on the name last mentioned for years in late August, from this year we can find the same event as a cultural festival. Although the name has changed, the point hasn’t: the festival is built on the traditional elements of Jewish culture again, but the diversity of programs raises it at a real multicultural level. During the one week-long event contemporary performers introduce themselves in addition to the traditional genres, the cantor concerts and the authentic klezmer concerts. Pretty much the same way as we can see on this video about the 2013 event:

The central venue of the program is the Dohány Street Synagogue this year as well, but the numerous concerts will be held in 3 cult venues of downtown Pest. All of them are in the old Jewish quarter, which is still the intellectual and religious center of Hungarian Jewry:

It’s one of the most important tourist attractions of Budapest and the world's second largest synagogue. The beautiful building was built in Moorish style in 1859, with a capacity of 3000 people. In 1996, after a five-year renovation, the synagogue was inaugurated again.

Goldmark Hall was the bastion of Jewish cultural life in the middle of the last century. When the anti-Jewish laws were in force, this was the only stage for the excluded artists to play. The hall remained the cultural center of the Jewish community after the Second World War as well.

The beautiful Rumbach Synagogue was built between 1869 and 1872 by public subscription. The Secession-style building was is a ruined condition for a long time after the Second World War. Interesting to note that it’s not used for religious purposes since 1959, however, it’s a cult venue of the festival. 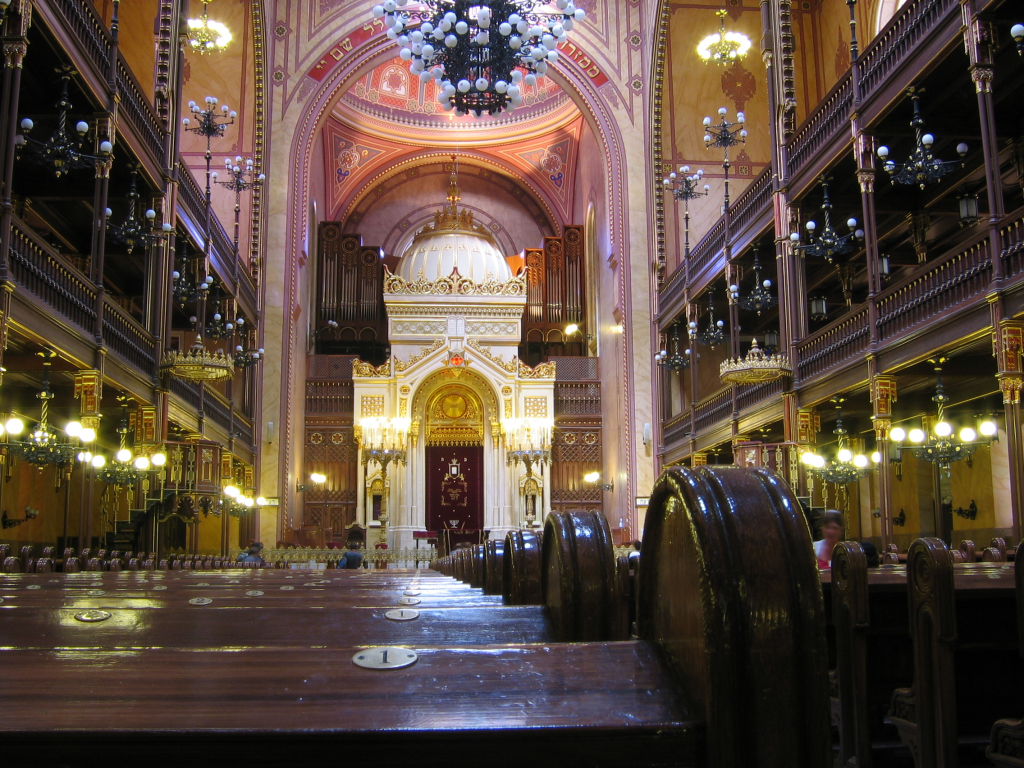 We can see and hear the flagship performers of Hungarian Jewish culture during this more than one week. There will be programs as:

We loved this series of events in the previous years very much, so if you’re opened to such programs, than visit any of the above mentioned concerts, or check out the detailed program list at www.zsidokulturalisfesztival.hu/en/.