Let us introduce Pöriző, one of most unique street food places of the city.

The metro station at Arany János utca is an interesting place for gastro-enthusiastic people. You can buy the traditional scone and sausage here, and now this… The owner of Pöriző went back to the basics, which is nothing else than the stew, in all possible variants. 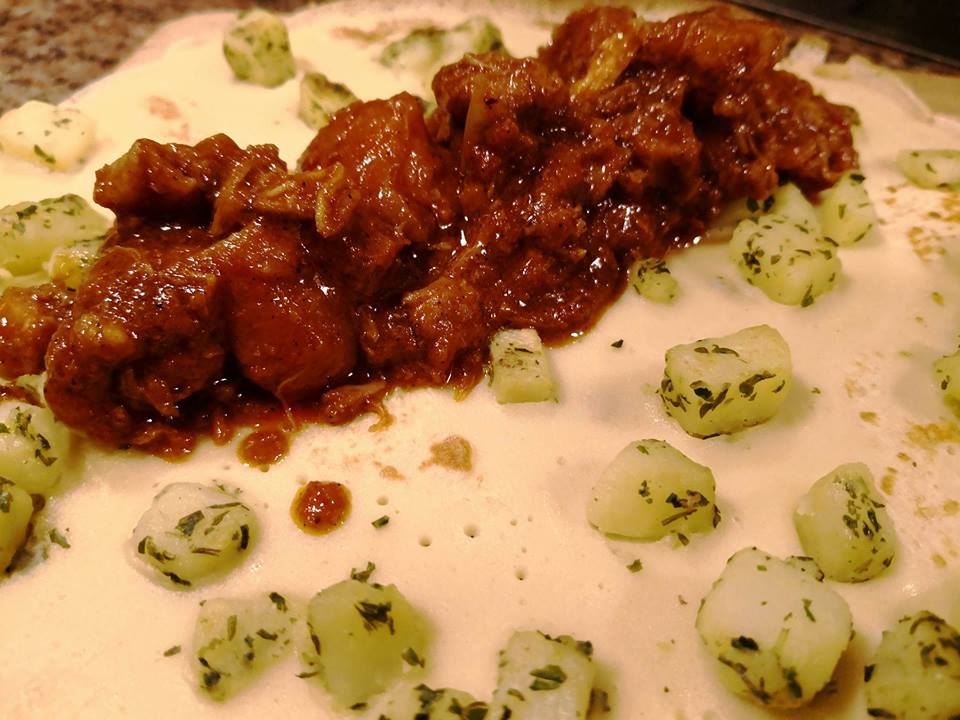 Have you ever heard of „Pörkölt”, the Hungarian stew? This dish is made from boneless meat, paprika, and some vegetables, and is considered to be the national dish of Hungary. So it’s a quite classic meal of us. And have you ever heard of gyros? Of course you have, it’s the most iconic street food of all times. Now imagine the lovechild of these two and you get what the new street food place of Budapest sells. There are no words for this thing: Pöriző stuffs pancake with stew, rolls it up and sells like a gyros. Extreme idea, but it works very well. People of Budapest fell in love with the new street food immediately. 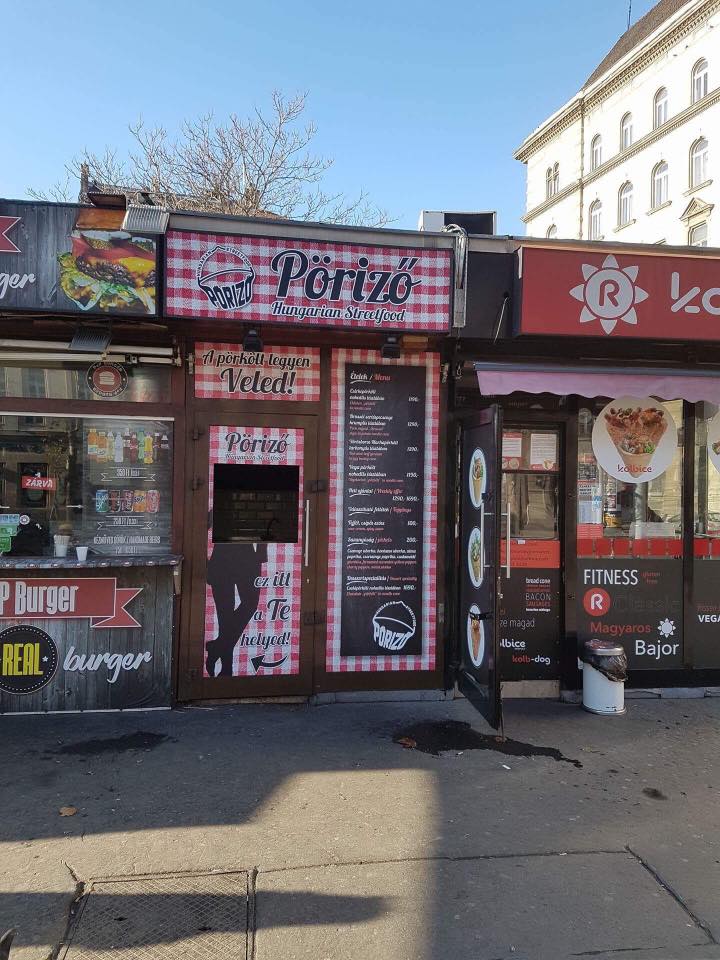 The basic variation is made from chicken and beef in red-wine, and they add some animal offal, such as guts, heart, liver. So it’s the completely classic stew, from a variety of raw materials. But! Instead of being served next to the meat, the garnish comes quite differently. It „cuddles” the stew. How? As a pancake: chicken stew is twisted into dumpling pancake, red wined beef comes in egg barley pancake, roast a la Brasov, of course, in potato pancake. You will also get some pickles in your food: the carefully picked and carefully selected mixed pickles sit nicely on the meat. The final result is compact: we can eat it easily on the go, even on the Danube shore as it doesn’t drip or fall apart.

Although it may seem weird, but this unique form works perfectly. It absolutely returns the flavor of the classic stew consumed at Grandma’s table, as there is no twist in it, not a small one. Classical, homey, lovable. The delicious roasted street food costs 1190 HUF to 1390 HUF, depends on the variation you ask for. We highly recommend trying it, because you cannot buy anything similar in the whole world, that’s sure!

This year is off to a good start: two new, authentic Asian restaurants opened in the city

Hungarian champagne among best ones in the world

French feeling in the Buda Castle district: this is Corvin Gastropub