The world-famous chef has some Hungarian cookbooks at home, works with a lot of Hungarians and he recently said that he loves Hungarian people.

Jamie Oliver will open his new restaurant called Jamie’s Italian in Budapest in May, that’s the reason why he recently talked about his connection to Hungarian gastronomy and Hungarian people of course. 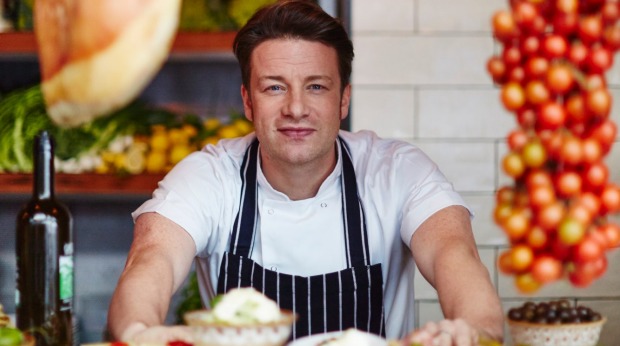 The world-famous chef gave an interview to Index.hu in his London restaurant Fifteen, where he mentioned in his first sentence that he lives with Hungarians: his housekeeper is a Hungarian woman, and her husband is Hungarian, as well. “They are so keen on Budapest and traditional Hungarian food that I decided to visit Budapest soon, if our restaurant has opened its gates there and things get a little calmer” – he said.

Jamie has never been to Hungary but he knows a lot about Hungarian gastronomy: he has a lot of Hungarian cookbooks and he thinks that he understands the philosophy behind all the traditional foods here.

Besides, he has a lot of Hungarian employees. „I love to work with Hungarian people. If you are lucky enough to have Hungarian employees, you can be satisfied as a boss because Hungarians are hardworking and intelligent folks. Honestly, I don’t say this just because I am having an interview with a Hungarian website” – Jamie Oliver added.

Jamie Oliver opens his newest restaurant Jamie’s Italian in Budapest in May, this spot will be his fourth restaurant in Europe after Moskow, Istanbul and Rotterdam.