The ’Archduke's Palace’ in the Buda Castle is being rebuilt
Posted by Budnews · Oct 12, 2020

These days only the ruins of the once beautiful building can be seen.

The castle district is one of the most beautiful parts of the city. Buda Castle, Fisherman’s bastion, Sándor Palace, Dísz tér are the favorite places of both tourists and citizens. But there is still a dark spot on the map of the area: this is the former palace of Archduke József. As we walk from Dísz tér to Buda Castle, we now find a ruined field on the right side of Szent György tér. But the Archduke's Palace and its garden, which once stood here, will be rebuilt in all its glory in the next few years.

The palace has interesting history: the original building was built in 1789, and called Teleki Palace. József archduke bought the place in 1892 from the treasury, and after the relocation of the High Command, he undertook a large-scale, historicist-style transformation based on the plans of Flóris Korb and Kálmán Giergl.

The neo-baroque building with a French garden and a (horse-drawn carriage) garage was completed by 1906. The palace was badly hit during the siege of 1945. In 1951, a workers' hostel was set up in it, which resulted further deterioration. After lengthy disputes, the building was completely demolished in 1968, although it could have been saved.

The area has been undeveloped ever since, but in January 2019, a decision was made to rebuild the Archduke József's Palace, the Neo-Renaissance garden and the courtyard barn within the framework of the National Hauszmann Program. 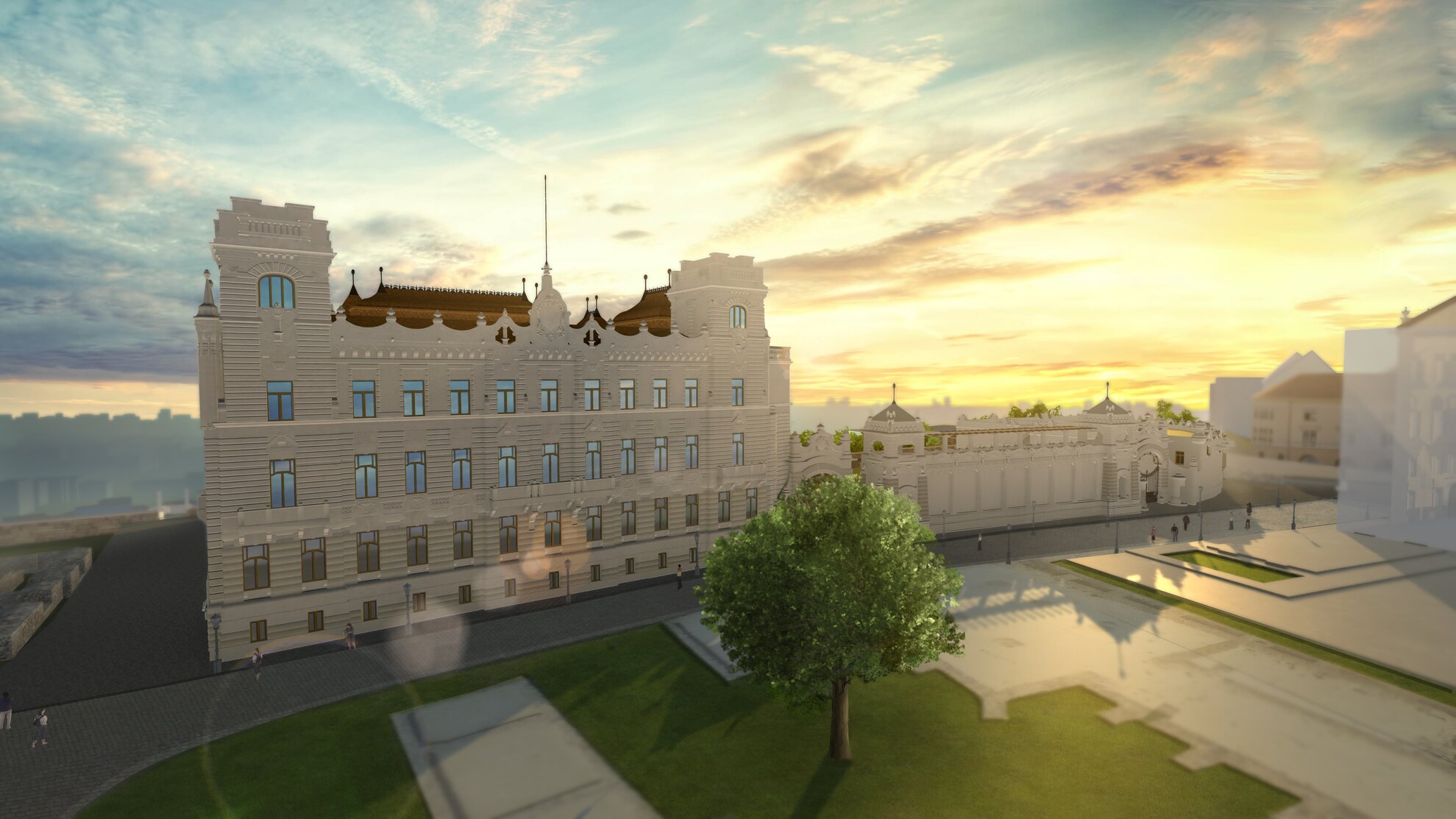 In terms of the function of the palace, it will be an office building, but its outer wall structure, ornaments and internal, representative rooms will be rebuilt as authentic replicas of the original building. Its supporting structure will be made of reinforced concrete, and the rooms used as offices will have a modern design. Its most beautiful spaces - the glass-roofed staircase and the two-storey ballroom - will also provide a venue for events, and the restored representative spaces will also be open to the general public.

Future visitors of Buda Castle will also be able to take a walk in the Neo-Renaissance garden of the building complex. The garden will be connected to the medieval Jewish ritual bath below, the Mikve, which will be accessible by both stairs and elevator. Visitors will also be able to go down to the Western Gardens outside the castle wall on the former Ybl stairs, which are part of the reconstruction.

According to the information, the garden of the palace was once bordered by an ornate, arcaded wall from St. György tér and two magnificent gate structures were connected to it, which are also being rebuilt in an age-old form. Similarly, the building of the former courtyard stable at the Fehérvár Rondelle end of the plot complex will be rebuilt. Archaeological excavations will begin at the Fehérvár Rondelle in the near future, in an area where such thing has never happened before. The plans will be ready this year, and the work will begin thereafter.

The Hungarian Fantasy Museum has opened

Unique findings were found during the renovation of the Citadel

Hortobágy among top 25 destinations in the world

New guerilla statue showed up in the city