I have always loved Cate Blanchett because of her fantastic ability to transform into different characters – whatever was demanded by the directors of her movies. That’s what she did in the name of art, too, take a look at the pictures of her amazing transformations.

What would you do if you were a famous actress, and somebody asked you to transform into multiple characters, for example a homeless man? I am sure that you would be surprised and maybe you considered the offer but you would prefer to say no. But Cate Blanchett said yes: the Oscar winning actress appears in an art project as a newsreader, school teacher, factory worker, ballet mistress, rock chick and a homeless man.

The exhibition, titled Manifesto, is by Berlin-based artist Julian Rosefeldt which has opened at the Australian Centre for the Moving Image (ACMI) in December, and will be running till March.

The video and stills project was shot in Berlin 2014 December, and it shows the star appearing in thirteen different monologues that 'questions the role of the artist in society today'.

Cate is most unrecognisable as a bearded homeless man. We can show you a picture of her in this outfit, wig and beard, and of course we show you some pictures of her other characters, too, thanks to a German magazine called Monopol. 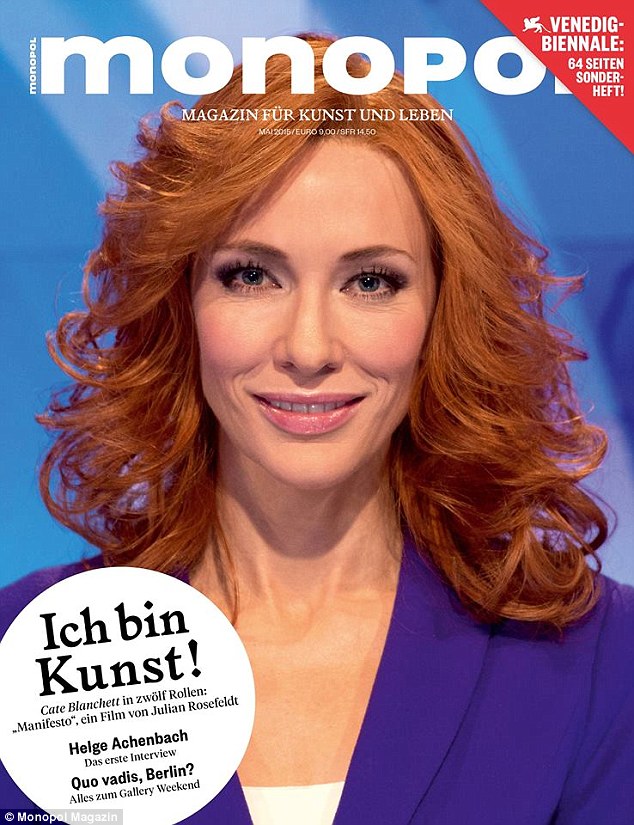 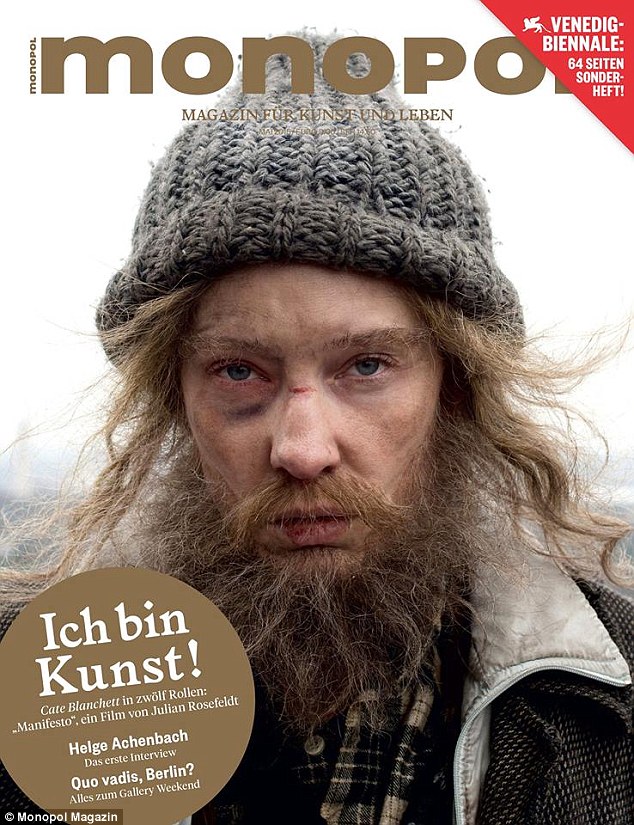 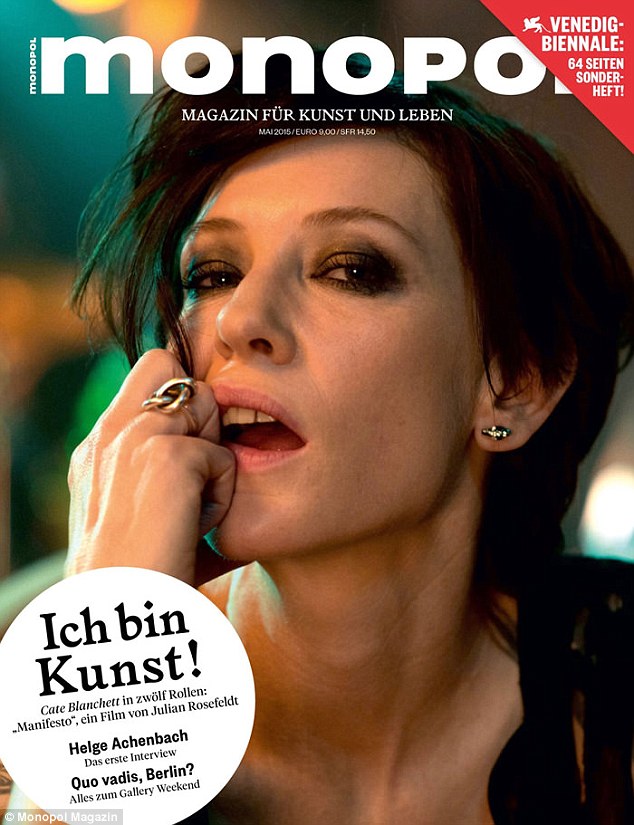 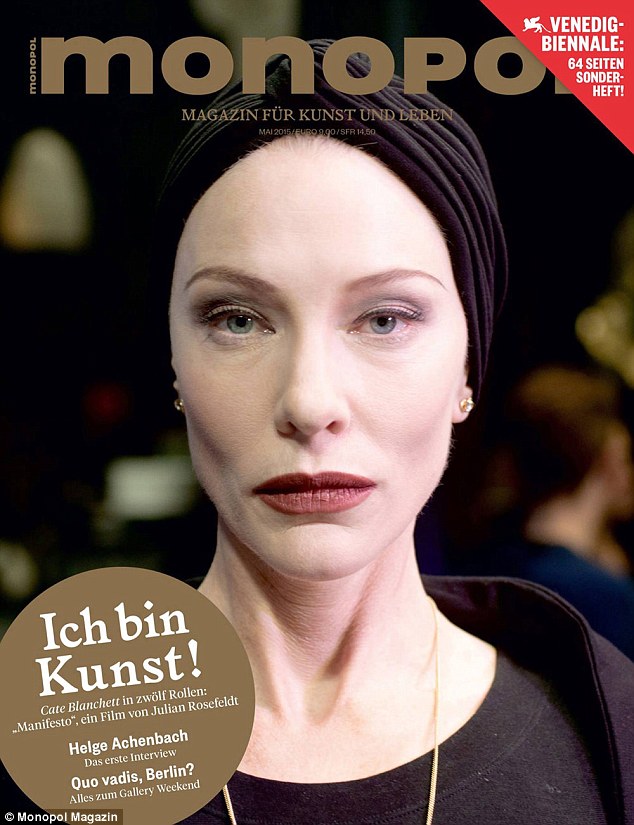