Musical fountain of Margaret Island has renewed: it’s more spectacular than ever
Posted by Budnews · Jul 11, 2017

The musical fountain plays video and laser show from now on.

The fountain on Margaret Island is one main attraction of the city. There are always hundreds of people: young couples on their first-fifth-hundredth date, children running around, old friends talking on the benches… it has an unmistakable atmosphere. Unfortunately, the fountain was closed for several months this year: a big renovation took place and the new version is even better than the old one was.

Because the music fountain has been expanded with multimedia video and laser facilities! The former water play was supplemented with a 30x15 meter wide projection possibility, on water „canvas”, after sunset. By combining the video and laser projectors with the already existing music show, the fountain creates spectacular multimedia shows. On the water curtain, photographs of famous Hungarians can be seen, accompanied with the already familiar melodies. 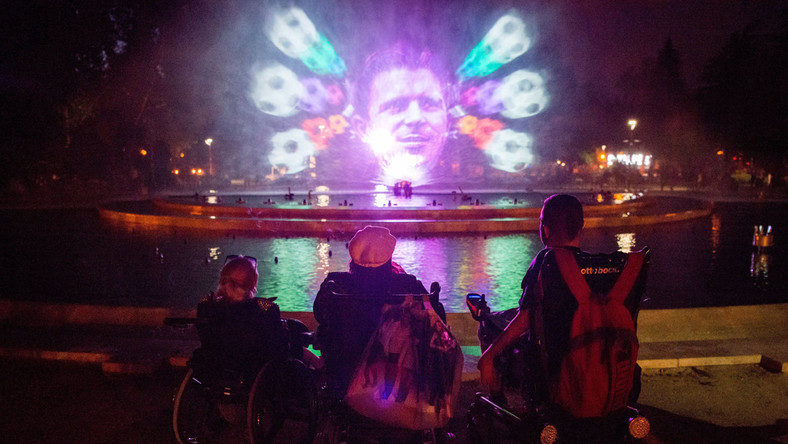 The music supply of the fountain has also been renewed: classical pieces and the most popular songs of this year are played in every hour, but 11 AM and 4 PM are for children: at this time, the fountain awaits the little ones with children's music. And this is not the only innovation on Margaret Island: on the north side of the island they illuminate 100-140 years old trees with light paintings to make the place even more mesmerizing. We think they made it, but go and check it out yourself!