Take a look at these drawings about Budapest and we are sure that you won’t be able to forget them: the Dutch self-thaught artist, Stefan Bleekrode’s work enchants you at a glance.

I have always admired those who can draw and paint: this is a unique talent to show how they see the world (in my opinion, writing is a bit similar and in lack of drawing talent, I have chosen to express myself in words). Some people have less talent, some have more, but what Stefan Bleekrode has, well, it is hard to find words for that. 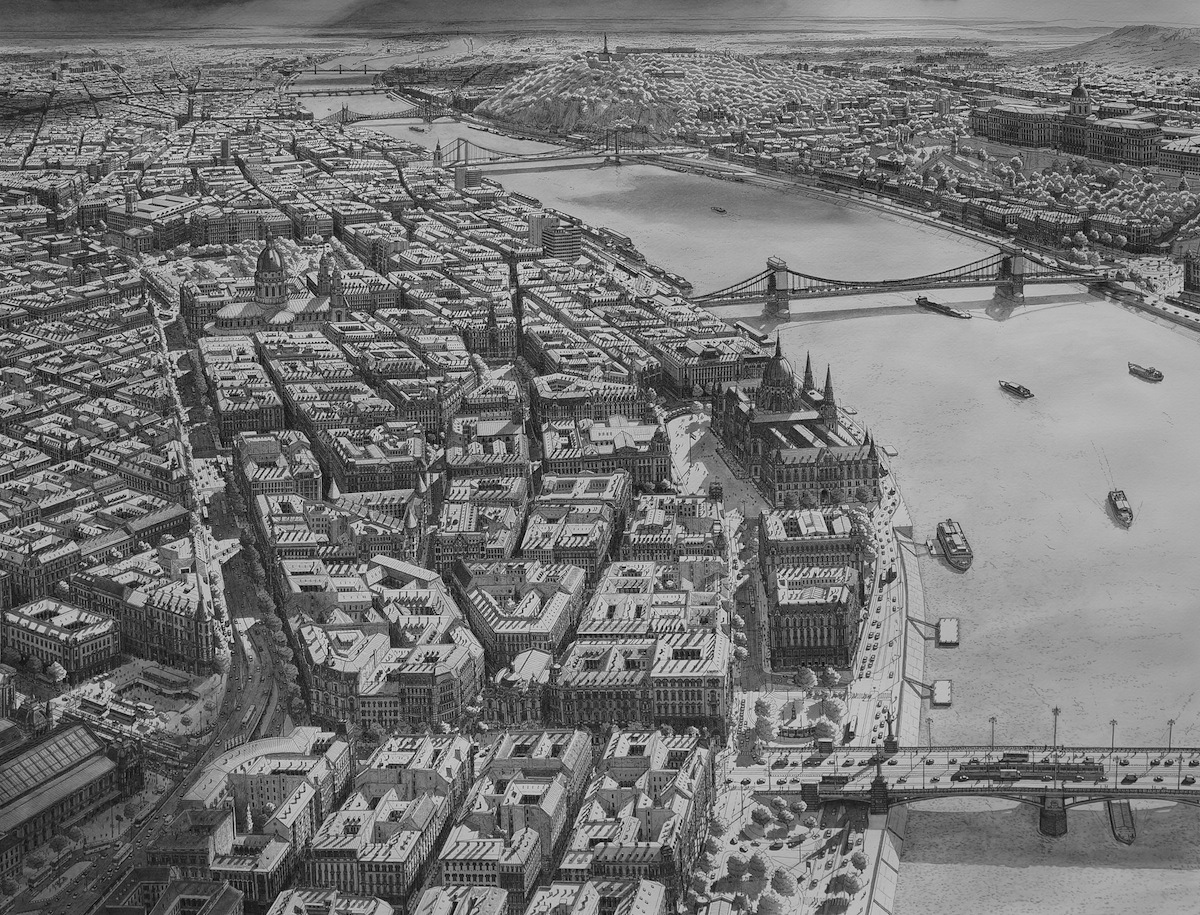 The 30 year old self-taught artist creates hyper realistic drawings and paintings of urban landscapes, by combining imagination and memory – and I think mainly memory. That’s what he has to use for creating his fantastic black-and-white bird-eye’s view of cityscapes, for example from Budapest, too. 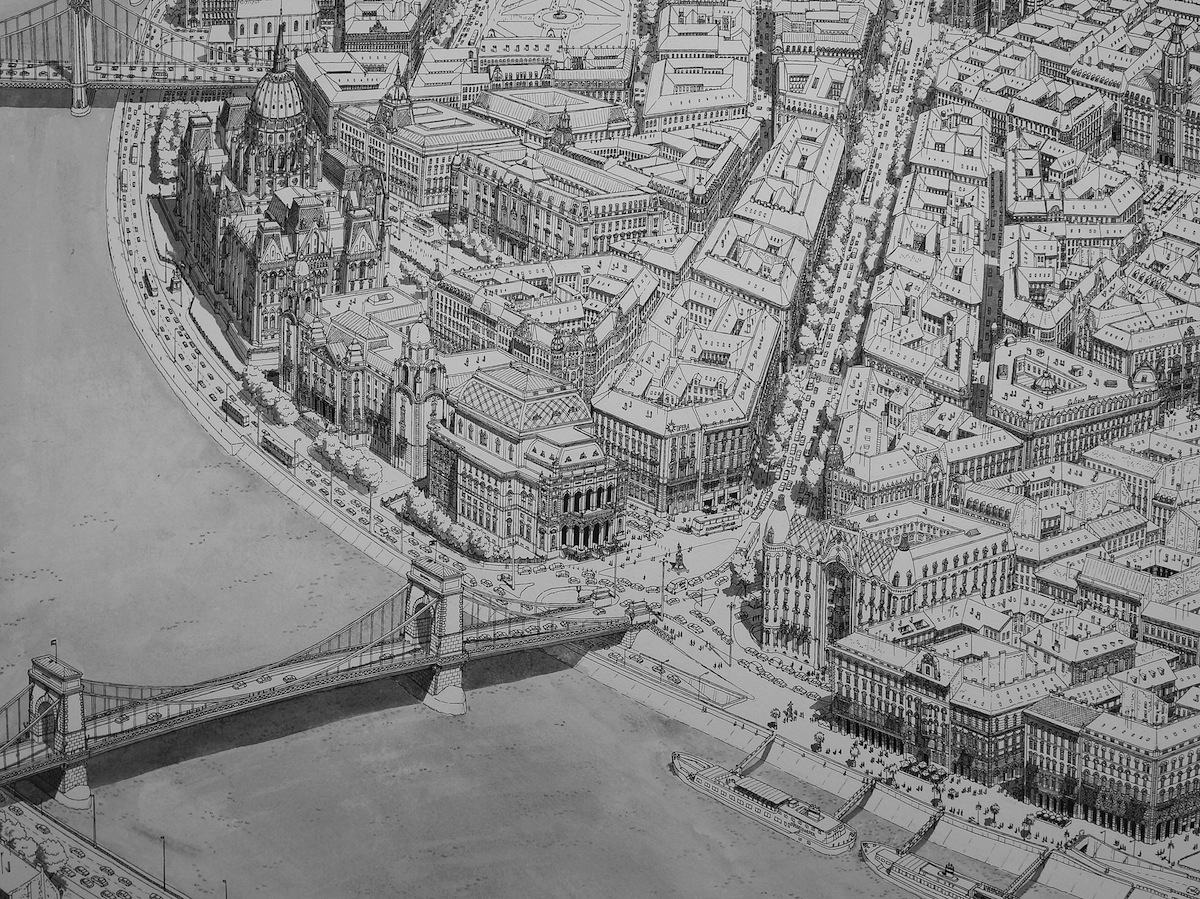 The artist loves the 19th century’s architecture ‘conveying a mood of lost glory and teetering on the brink of decay’, as he says. So he loves the fin de siècle atmosphere in Budapest and several spots here, from the big railway stations (Keleti and Nyugati) to Castle Hill, Parliament, Andrássy Avenue, Grand Boulevard and Palace District (Palotanegyed). 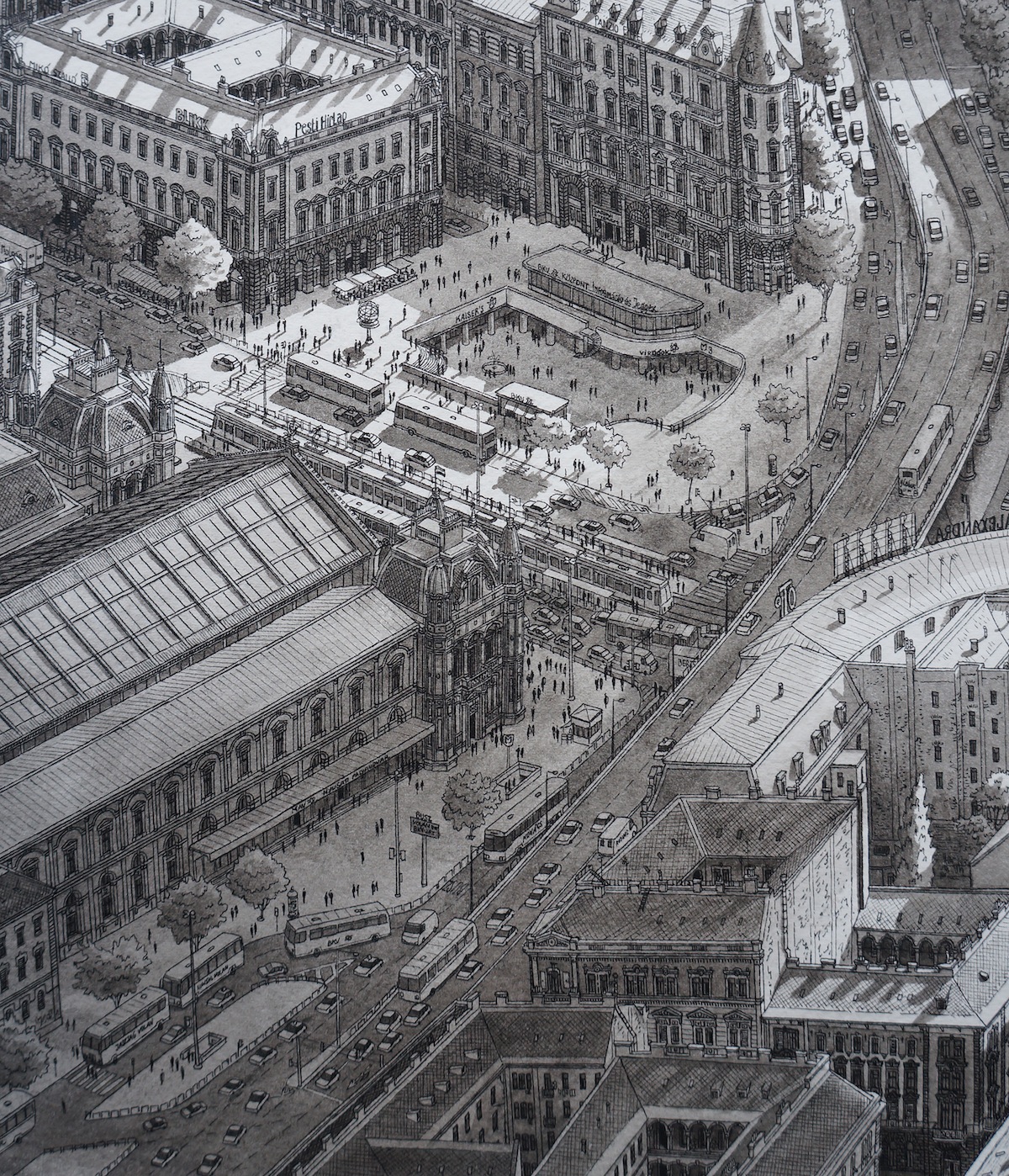 It is also interesting how he works: he memorises a lot of details but occasionally, he needs some extra help, as well. ‘When I get an idea that excites me, I usually just pencil it down in my sketchbook. Sometimes right away, sometimes weeks, months or even a year later, I start working’ – he said about creating his amazing drawings earlier. 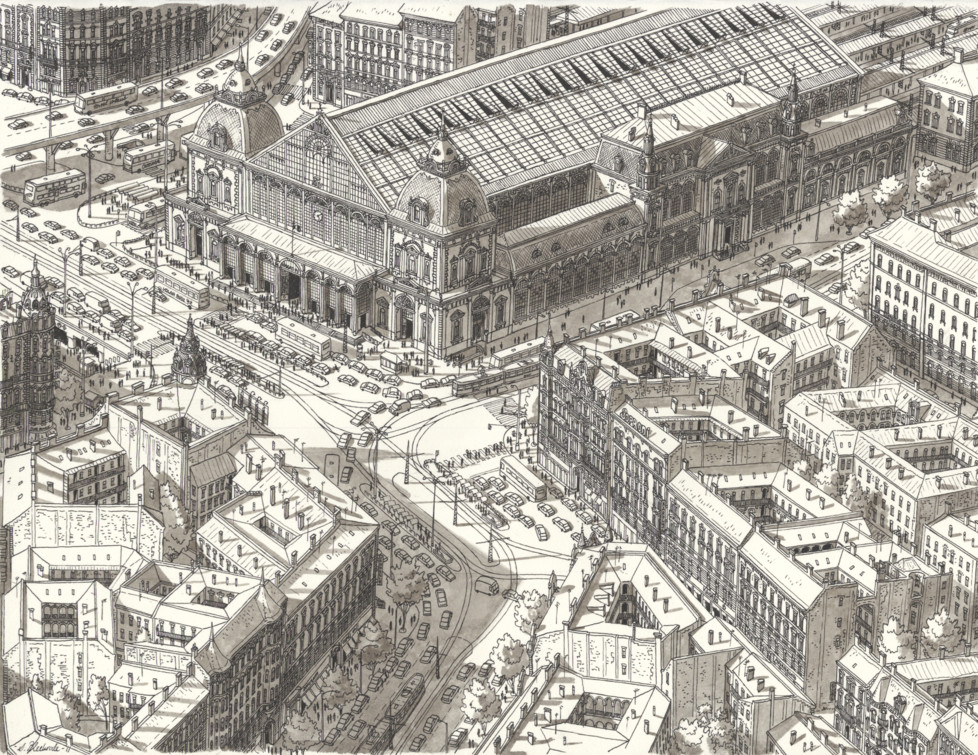 About his colourful paintings, he said that his drawings cannot be separated from his paintings because ‘the scenes that inspire my drawings are often also worked out in detail in a painting. Usually the subjects are simple, everyday urban scenery such as a subway station, sunlight on a street, specific architectural elements (a balcony or bricks), or buildings as a whole. Occasionally it’s a square or avenue surrounded by architecture that I enjoy depicting’ – he said. 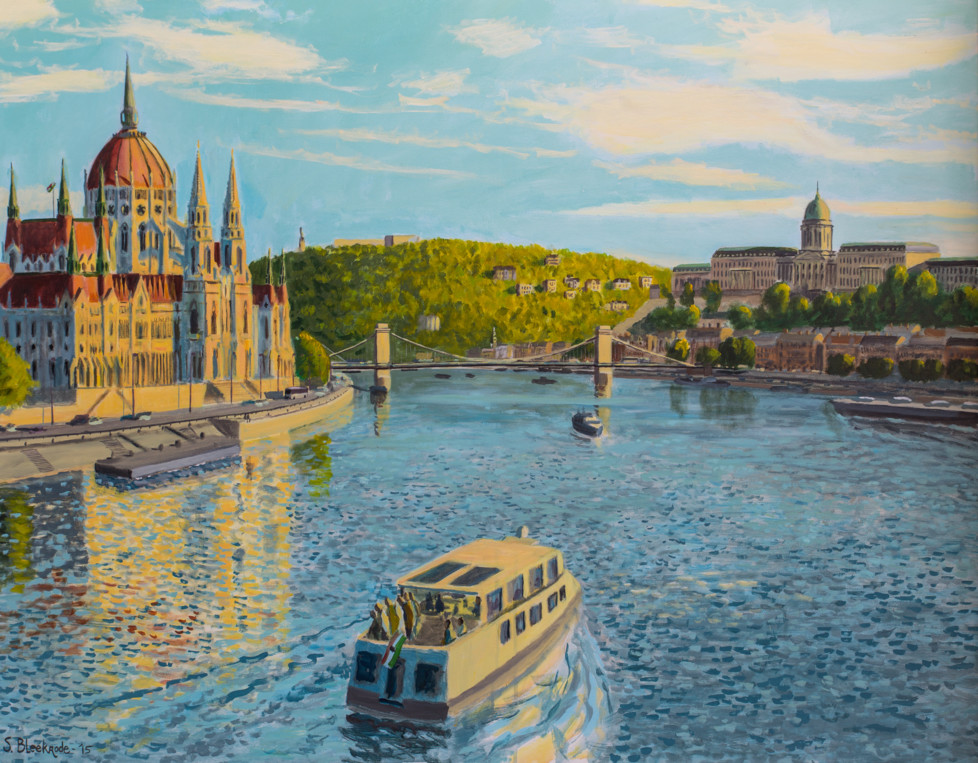 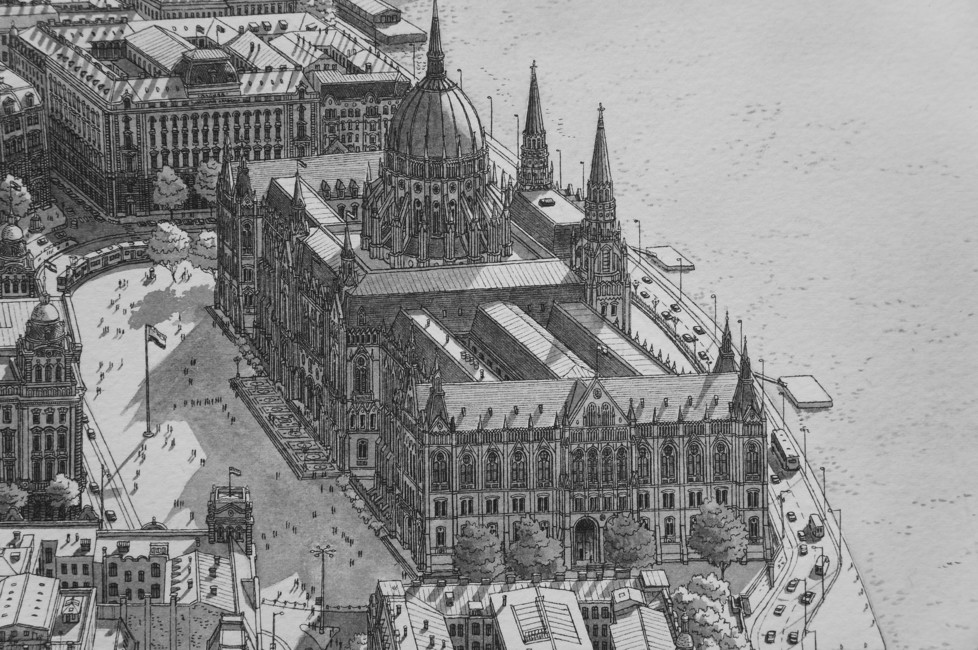