The Olivier Roellinger contest is named after a French Michelin chef and aims to mobilize young European chefs regarding seafood preservation. As a genuine link between industry professionals and consumers, chefs have a key role to play in preserving resources by choosing species whose stocks are in good condition. Moreover, chefs know better than anyone how to encourage consumers to discover equally delicious species commonly overlooked or considered less “noble” and whose stocks are not vulnerable.

The Olivier Roellinger contest aims to bring together young chefs and students trained in the catering sector and encourage them to promote sustainable species. The objective of this competition is primarily to allow professionals to consider environmental and social issues and to make them aware of the role they can play in preserving resources.

The theme of this year's competition was marine fish and seafood, used in the context of sustainable development. Fanny Czompa had been preparing for the contest for half a year, and won the competition held in Poland, where the Northern and Eastern European competitors took part on April 20. (The contest of 30 countries was carried out in four locations in Europe.) Thus, Fanny’s victory is a huge thing as the Nordic countries have much more advanced seafood culture than we do.

The participants have to prepare the same dish in two different ways: by professional and amateur standards. They had two and a half hour for the professional recipe and only half an hour for the homemade style (as shown on the cover photo). Fanny came, saw and conquered, and made her way into the international team of marine fish and seafood cooks. Congratulation! 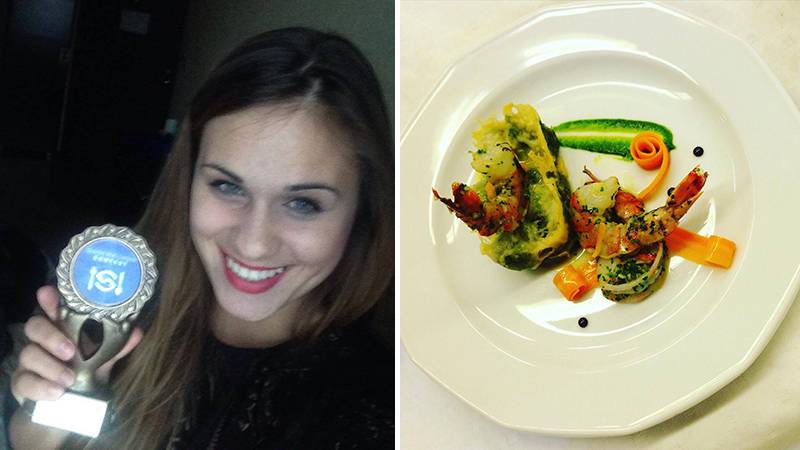