Get ready, because Rihanna, the uncrowned queen of R&B visits Hungary in the summer.

Rihanna, one of the best R&B stars ever will give a concert within the framework of the Anti World Tour on the 0th day of Sziget Festival on August 11! And we are sure that the Barbados beauty will present a sensational show, because it’s not the first time that she comes to Hungary. In 2011 she blew up the whole Budapest Arena with a spectacular show. Her newest, 8th album ANTI released at the beginning of the year and debuted on the top of sales charts. Rihanna has been touring North America's largest stadiums and arenas since then and the Anti World Tour continues in Europe this summer. 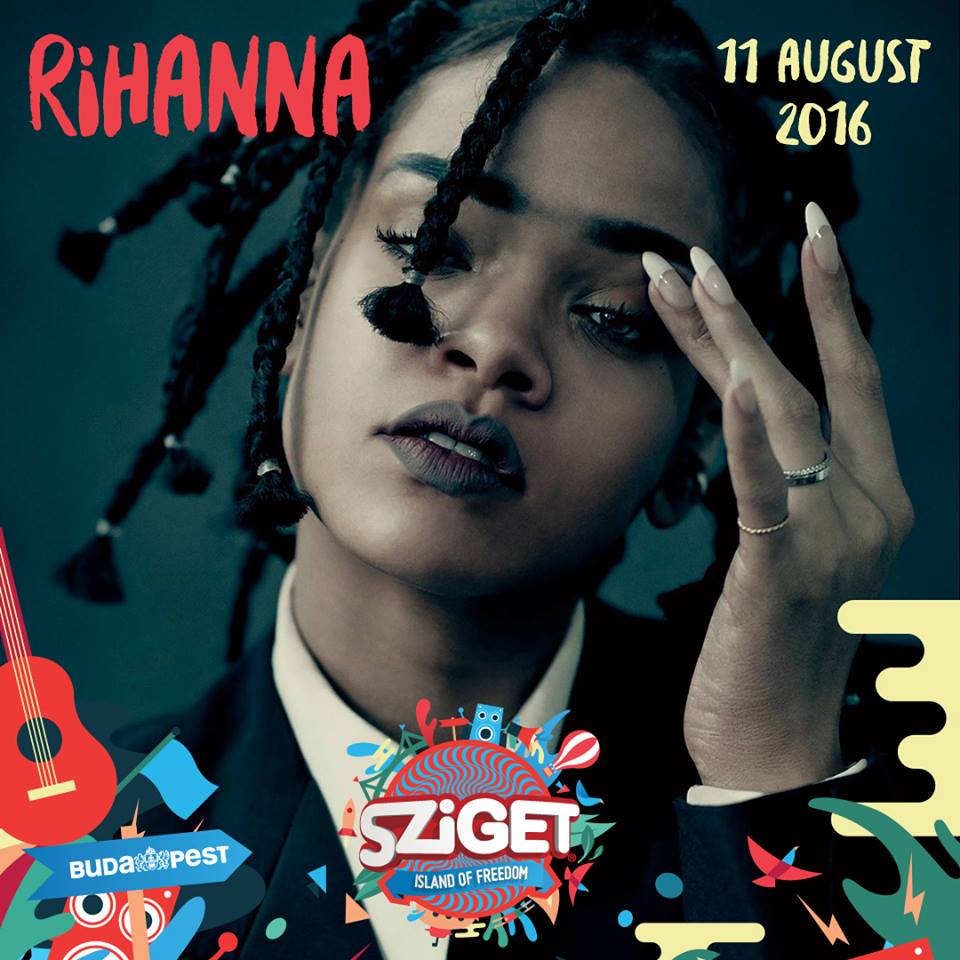 Rihanna took the first place on the Billboard list fourteen times and more than 54 million album sales and 210 million singles sold are connected to her name. She’s the winner of eight Grammys and 12 Billboard Music Awards, her social pages have more than 100 million followers and her hits were played more than eight billion (!!!) times on YouTube. Her latest hit single WORK, a collaboration with Drake has been viewed nearly 100 million times in just two weeks. Now this number is almost 200 million.