Unfortunately not in Hungary, and the lucky winner couldn’t keep the amount, but such a thing wiggled our imagination.

More than one hundred thousand euros have been discovered by passers in the New Danube canal’s number one dam in Vienna. Incredible, but it is true. People can see even to the bottom of the river in the unusually clean water, and that’s how the mysterious notes became discovered. 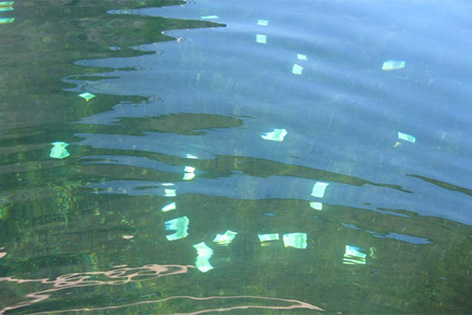 As Roman Hahslinger police spokesman said: the frogmen of the fire department brought the money to the surface, and it turned out after the quick test that all banknotes are real. It’s not a toy and not counterfeit money either. But there is no more information yet, not even speculations about the origin of the money, or who and how could hid it under the water.

It’s even more incomprehensible, because the police do not know about any criminal offense, which could be related to the amount. Passersby said they saw no one in the area, who could possibly hide the notes in the canal. In any case, the divers inspected the river bed again, but haven’t found any other banknotes.

What do you think happened?